As technology has grown more mobile, so has the need for our mobile devices to provide an easier, more intuitive user experience. The transition from static web pages to mobile service apps has also facilitated the move to a more conversational interaction. Keyboards can often be clumsy and limited by real estate, as well as a dangerous distraction. In addition, Conversational UIs can open up the world to disabled users in significant ways that graphical User Interfaces never could, and never will. MIT’s Computer Science and Artificial Intelligence Laboratory has done some interesting research on spoken language systems (SLS), detailing many of CUI’s benefits and obstacles.

Right now the most advanced conversational systems are still in research labs, but they have begun to make their way into commercial use. While graphical User Interfaces will definitely still play a significant role in how we use technology, their position as the be-all and end-all user interface may be coming to an end. Conversation has become a viable user interface. 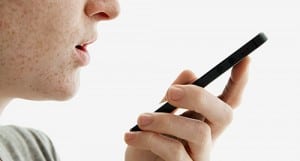