Contextual menus in user interface systems are pop-up menus that change depending on where you click. This provides a shortcut to actions and features users will want and need most often. These menus are usually accessed by “right-clicking” on the screen or a specific screen element.

Employing contextual menus helps to maximize efficiency and relevancy for the user. It brings functionality to the user instead of making them search for what they need. When calling on contextual menus, features and options are literally within a few pixels of the cursor—the distance traveled between need and acquire has been all but eliminated. And contextual menus are not limited to mouse use. These menus may be accessed using several alternative methods. Pressing keyboard combinations can replace right-clicking, as well as pressing and holding a tap on a touch screen. Additionally, pressing two fingers on a touch pad can be used to bring contextual menus to the surface.

Using contextual menus can greatly improve the effectiveness of an interface, but that improvement can be offset if the menu contains the wrong features and options, or even too many options. Determining which features to display on a contextual menu can be achieved though several avenues:

Bill Gates once said “Content is king.” If used and developed correctly, contextual menus in user interface systems can be seen as the king’s most trusted advisors. 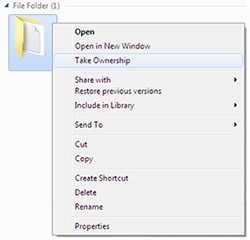